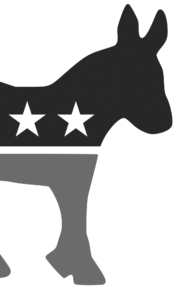 At Datazapp, we know that in political campaigns, it doesn't matter what your message is if it goes to the wrong audience. A dollar spent on anyone but your target audience is a dollar wasted.

We also know that political advertising and marketing is all about winning! Whether your campaign is at the federal, state, senate, congress, local county or even key ballot referendum level, targeting your political audience digitally is key in the age of social media and the always-online voter.

Target your voter audience with a toolbox of 15+ demographic filters, including - Age, Gender, Marital Status, Ethnicity, Household Income, and more!

Build Your Audience By Political Agenda

With the right voter list, you can communicate with specific voter groups based on demographic and level of interest in the issues of your political campaign, and be confident that your message will receive positive response from your target audience.

Because Democratic campaigns often focus on Liberal or Progressive issues, we offer successful audience-building and targeting strategies for voters with these positions.

Young voters between 18-25 years or millennial, interested in policies which uniquely affect their age group.

U.S. Voter who are favorable toward immigration and the rights of those seeking citizenship or asylum in the United States.

Highly polarized groups such as pro-choice advocates can be a solid audience when appealing to Democrats.

Maximize your fundraising and voter-turnout by targeting supporters of specific agendas and causes!